Welcome to a new series of posts we like to call “influence is bliss.”

In this series, we’ll be looking at different writers who inspire us, and who we love being influenced by. Writers who thrill us. They could be writers from the world of YA, TV, or movies. They are all writers who move us, teach us, and make us want to write like, right now.

There’s a long list of these writers who carry us away with their sometimes funny, sometimes heartbreaking, but always beautiful words. Words that change the way we look at the world.

We figured we’d start with a writer who has been a huge inspiration for years, and even more so this year.

Genre-blending hero. Fan favorite. Beloved creator, showrunner and overseer of some of pop culture’s greatest achievements: Buffy, Firefly, Serenity, Dollhouse... Alien Resurrection (we liked it!). And, of course, The Avengers, soon to be followed by a S.H.I.E.L.D. TV show centering on Agent Coulson (“Nick? His first name is agent.”), and, of course, Avengers 2.

What a trajectory. What an icon. What a hero in the geek world. And one of our most important writing influences.

While Whedon proved his action-directing chops with The Avengers this summer, first and foremost it showed just what an extraordinary writer he is. Whedon is one of the few who can seamlessly blend action, humor, and emotion into a tightly executed plot. All while giving his characters deep inner lives and complex arcs.

One of the finest examples of Whedon’s talent is the “meltdown” scene in The Avengers, where our heroes argue themselves into self-destruction. We could watch that scene again and again. It is written with the control of a true master. There are six characters in one room, all with their own emotional trajectories that intersect perfectly. They’re all suffering in different ways, all losing it uniquely, driven by their personal desires and frustrations.

It’s about to get real.

Don’t worry – it’s supposed to be upside down. This is Whedon turning everything on its head… literally.

It’s like six Shakespeare plays crunched into a few firecrackingly explosive, freewheeling minutes. Everyone’s a protaganist, an antagonist, an aggressor, a victim. As the massive egos showboat and collide and implode, it’s dangerous, and funny, and heartbreaking.

This scene is a masterclass of Whedon-writing: every character’s motives and fears are laid out. The tension builds and is broken with humor before building again. The plot turns and our heros remain true to themselves despite the revelation that they are more than the weapons they wield.

This is another Whedon skill; giving us something real to carry us through the fantasy. Take the now-beloved Agent Coulson; in the shortest of dialogue this previously sidelined supporting player became a fully humanized fan favorite (the cellist, the trading cards) whose fate we desperately care about. 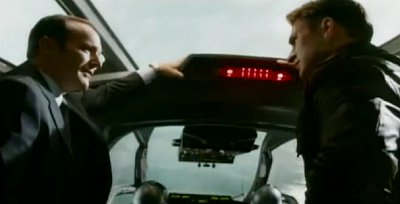 Nick “I watch you sleeping” Coulson

For Whedon, drama is not only conflict, it’s rhythm. Lift us up, smash us back down (in the emotional sense, not the Hulk sense). Whedon pulls reversals mid-scene, mid-line, but always keeps us hanging on. He’s like a fighter jet that can turn on a dime, rotating through all kinds of crazy angles at high speed. His writing is extremely agile, which allows him to take us on intense dramatic journeys. 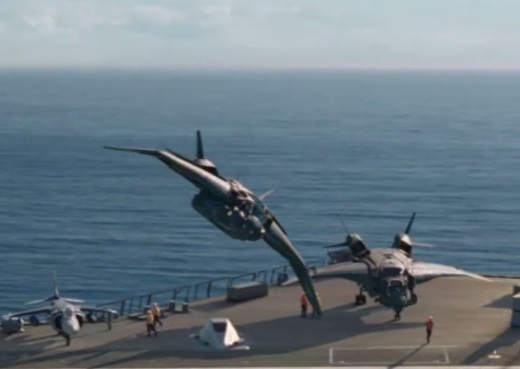 This is Whedon’s writing style (Whedon not pictured)

The Avengers meltdown may be one of the greatest written scenes in cinema history. This scene’s honesty, emotion, rhythm and humor defines “Whedon-esque.” You just marvel (pun… yeah, intended) at his skill.

Of course we cannot talk about Whedon as a writer without talking about his women.  As evidenced by this scene, and by pretty much every scene he’s ever written, Whedon writes incredibly real and inspirational female characters. It is, unfortunately, something that needs to be called out. Because, as sad as this is to write, it’s still unusual. Just compare Black Widow in Iron Man 2 and in The Avengers. It’s no surprise that the creator of Buffy can give us a complex, accessible, conflicted, vulnerable, powerful, beautiful, smart and kick-ass Natasha Romanov. Whereas in Iron Man 2, she basically had to look good in leather. 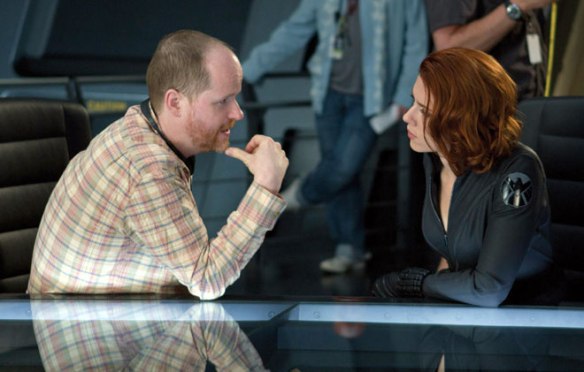 To sum up, because this blog is going much longer than we intended, Joss Whedon inspires us to be better. He pushes us to write harder, push each beat further; to have fun, cry, mess with the audience, kill characters, and, of course, make it all incredibly entertaining.