So you’ve gone through and tightened your plot, strengthened your characters, confirmed that the dialogue is realistic, and shaped your world until it was so tangible you forgot you didn’t live there. Congratulations! You have a solid second draft! Feels good, doesn’t it?

Now it’s time… to create the (drum roll) THIRD DRAFT. We know what you’re thinking: wait, shouldn’t I be taking a break? Reconnecting with Netflix and friends? Or just Netflix?

Sorry, but no. You’re on a roll and you need to keep rolling.

Editing requires discipline and momentum. Whether you’re working on it eight hours a day every day, or during your forty-five minute lunch break Monday through Friday, or grabbing 20 minutes before your commute every day, you’re doing some serious work. Don’t stop now.

Serendipitously, your third draft will be all about momentum. Does your story have it? Is there a pace and/or structure that’s keeping the reader turning the page?

This is where you have to make some hard decisions about the structure of your story. Are you going to follow the classic formats (three act structure, eight point arc, etc.) or follow your own?  Are you going to have a change in narration or setting with each chapter/break? Are you going to have one chapter flow into the next, or end each break on a cliffhanger, so when your reader says they’re just going to read one more chapter before bed, they wind up finishing the book at three in the morning — loving and kind of hating you when their alarm goes off the next morning?

While it’s tempting to fall back on classic structures and forcing your story into a mold, we recommend reading through what you have so far first. Chances are you’ll see some kind of structure already peeking through. It may be close to a classic format or it might be something completely new. Do what feels right for the story. The key is that it’s consistent throughout. Once you decide on your structure, make sure the work follows the shape from beginning to end. You shouldn’t ask your readers to fight to stay in your story — especially at three in the morning.

Once your story has a firm shape, like everything in life, it’s all about the details. You’ll need to go into every arc, scene, act and/or chapter and make sure they each achieve something that furthers the plot — whether it establishes an aspect of the setting, a facet of your character(s) or moves the action forward. Break down your story into smaller stories and make sure that they are essential. 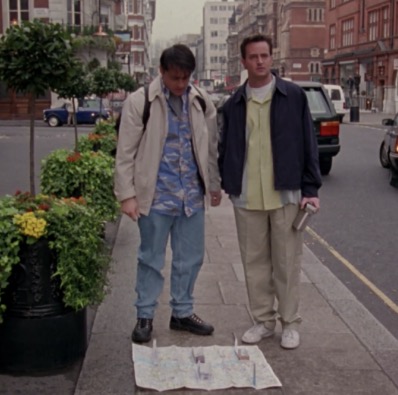 If they aren’t essential, you have to either give them more depth, or cut them loose.

Just remember, if you really love a scene and desperately want to keep it, chances are it’s trying to say something but isn’t quiet there yet. Work on it, find its meaning and let it shine through.

Your number one task is to be brutally honest with yourself, though; if you can’t make it work, no matter how much you love it and how good it is on its own, it will only hurt the whole piece. Chocolate is amazing, but not on a steak. So if a scene doesn’t fit, even if the writing is impeccable, cut it. But paste it to a new document.

Who knows, it could be the pivotal ingredient to the second course/sequel!*

*Finish what you’re working on now first though!

Why do we write?

It’s a question writers often get asked, and probably one we think about all the time anyway. There are a lot of answers to that question; as readers and fans you’ve no doubt seen a lot of them. It’s something writers love to talk about, and we always love reading and hearing what our favorite writers have to say on that subject.

Most of the time, for us, we write because we don’t know how not to. We just can’t not write. Whether it’s sitting at the desktop or laptop, putting notes down in a phone, or using actual pen and paper by scribbling in one of our several thousand notebooks, or grabbing the first thing we can find (ripped open envelope, back of an already used post-it, margin of a magazine… back of our hands even)… inspiration and ideas strike constantly.

It happens all the time, and everywhere.

Out walking, sitting on a train, having a coffee, when the lights are out and just before falling asleep, watching TV, watching a movie. Being a writer means being on call to the beautiful muse, 24/7.

There are other reasons too: writing keeps us sane, helps us make sense of the world (and of ourselves)… but perhaps most importantly of all, we just love it.

We love it so much.

It’s an absolute blast, writing and being a writer. At its best, it feels like being in Pink Floyd or Muse and playing a guitar solo in a stadium full of screaming fans. 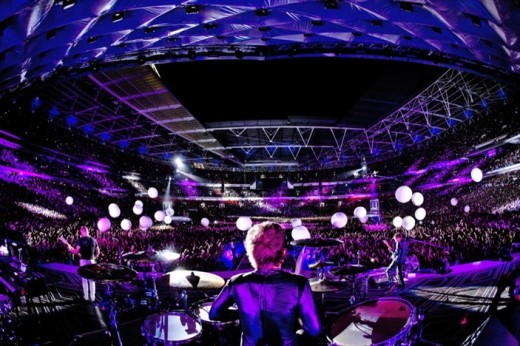 Just another Wednesday night, sitting on the sofa with the laptop

At least, it feels that way. Except, here’s the thing: when you’re a writer, there’s usually no one else there. That stadium is empty, most of the time. The truth is, being a writer is very much a “loneliness of the long distance runner” kind of activity. You’re running through an unforgiving landscape with no idea where the end of the race is going to be. But if you want to get there, you have to just keep running.

There’s really only one way to sustain that kind of existence: you have to love the crap out of it.

One of the most thrilling things in the world for anyone is possibility; but for a writer, the absolute most thrilling thing needs to be making possibilities become real, tangible, actual. You’re architect and craftsman, designer and builder. Yes, you have to be made of steel sometimes; you have to have an absolutely endless appetite for creating, for that thrill of coming up with something new… and for putting in the hours, weeks, months and maybe years to see it through.

And then, maybe, to spend that much time again getting rejected.

So you have to really love it, because if you are in that phase of sending your work to others (agents, competitions, managers, other writers) and not hearing what you wanted to hear, you still need to be coming up with the next thing, and the next, and the next. Your desire needs to be immense, indestructible. Just like Celine says, your heart must go on (no, we can’t believe we went there either). You have to be utterly and hopelessly in love with this thing. Because it will hurt. It will be dark, sometimes. But you know, that’s okay, if you love it. That’s okay, if the sheer act of putting words on paper or on screen makes you feel like you’re Dave Grohl blasting out a Foo Fighters song at the Grammys.

That absolute blast, that thrill of possibility and exploration is what drives us. The open road, the open sky… the open universe. We love launching ourselves into new worlds. It’s like being explorers, or mountain climbers. There’s a lot that goes into it, but the feeling when you discover that miraculous new world, or see that incredible view from the summit, is the most wonderful thing. We want it, over and over again. We’ll always want it.

Basically, being a writer is like having your own TARDIS.

You get to travel in time and space and see wonderful, mind-blowing things. Dreams that surprise you, scare you, change you. Every time you open a new Word doc (or Final Draft, or even just a blank piece of paper), it’s like the TARDIS has landed, and just like the Doctor, you have no idea what’s on the other side of that door. But you can’t wait to throw that door open and throw yourself into whatever adventure awaits. 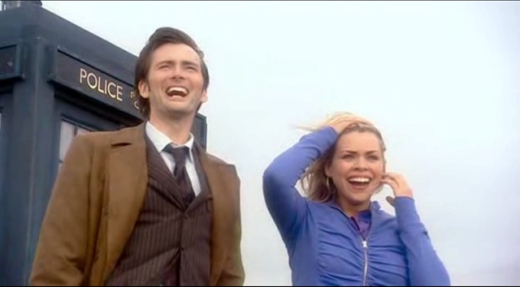